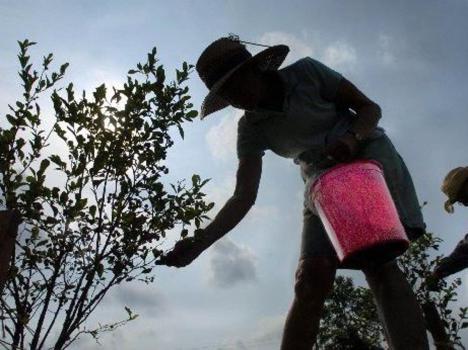 I purchased the property in April of 1998. The property was to be Gator’s (who is my son) and my retirement home, a place with enough land for Gator and all the grandchildren to roam free away from streets with lots of traffic, with a place to grow a garden like tomatoes, watermelons, onions, and peppers of all kinds. A wonderful place for the cats to climb trees and the dogs to roam and swim in the ponds. A home to build a porch around and have lots of swings and rockers to sit and watch the birds and rabbits.

Oh, what fun we are going to have living on this beautiful land!

The previous owners told me that this is a blueberry farm with several varieties of rabbiteye blueberry bushes, a pecan orchard, pear trees, apple trees & fig trees.  Well, I though that is nice.  It had a large barn, many Pine trees & an old tractor, which I called “Old Nellie“. There was some equipment at the barn, which at the time I had no idea what they were for, or what to do with them. I though I would learn as time went on.

One day the grandchildren were out in what is now known as the lower 40. I had given the grandchildren sets of paint ball equipment and told them to play away from the house as to not repaint the bricks on the house, and have a good time playing, be careful watch out for animals and holes in the ground.  As time went on I could hear them laughing and having a great time. As the sun started to set Ronnie, Matthew, Christy, Holly, Katie, and Chad can in all excited, they found some large blue things on many bushes, Maw-Maw do you think they are the blueberries that the Langneckers told you they grew on this farm. Well having only seen blueberries in those little plastics things in the store we had to assume that they were from blueberry bushes. I could just see the excitement in the eyes of Ronnie Jr. something was turning in there. Well the next question from Ronnie was “Can we pick some berries we could sell them and get lots of money“.  Since none of us had ever seen a blueberry bush we decided to walk back there and look before we ate them. I can truly say that was the beginning.

On sunny weekends, the family would get together for good food and exploring the property.  Ronnie Sr. would hop on “Old Nellie” for a day of cutting grass in the fields. Up one row and down the other row as they would take turns driving the tractor and looking for another field. By the end of the day, they had an entire field cleaned. Ronnie Jr. said this field is going to be mine so he named it the Red Field. Matthew named his field the M@ Field, Chad’s was the Chad field than the girls called theirs the Holly Field, the Christy Field, the Katie Field, and we had to have a Gator Field. It took several years to achieve all this, but it started to come together. When all the fields were cut  and  cleaned it turned out to be 10 separate blueberry fields, we were blessed with over 10,000 bushes.

Everyone knew I loved the movie Gone with the Wind since my pets have names like Scarlett, Reth Butler, Prissy, Tara, Runt, Dr. Mead, & Ashley.  Will is the rodent control cat at the barn.  Bo is the house cat. The boys said we needed a name for this vast area of land. With all its bushes of large and bountiful blueberries.  Grandkids said, we will call this farm BLUE TARA Farm, and so it was. A beautiful place for all to come out and pick your own berries, get together with friends, picnic under the tall pine trees and let the kids run and enjoy themselves. As for those rockers on the porch, they are now at the barn for all to linger and enjoy the day the Lord has blessed us with.

Thank you for visiting with us through the years.
Mandy, Gator, and Mr. Israel 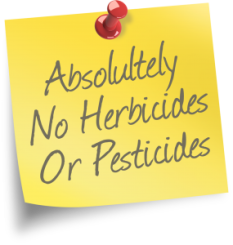